You can read about Convex here

CRV locked in Convex will be locked forever. A tokenized(cvxCRV) version will allow users to trade their cvxCRV back to CRV at any time through incentivized pools. Majority of Convex performance fees will be given to cvxCRV holders as normal CRV(10%) with most of the rest being locked and tokenized as cvxCRV and given to CVX stakers(4.5%). There will also be a small 0.5% fee for gas incentives for claiming rewards from gauges and keeping the system moving.

As DeFi farmers ourselves, we saw a need for a platform that allowed users to receive the max boost possible from CRV in a simplified manner. Convex Finance aims to enable more users to be onboarded into the Curve ecosystem by making it easy and painless for users to receive better yields on their CRV and Curve LP tokens compared to what the average user might receive on their own.

The Curve DAO needs to execute the following function on SmartWalletWhitelist (link) to approve the Convex Finance contract:(link)

By doing so, Convex Finance will be able to lock CRV and thus receive boosted rewards, vote in Curve governance, and receive veCrv rewards.

This is a big YES from me and already voted so!

Check out this chart: 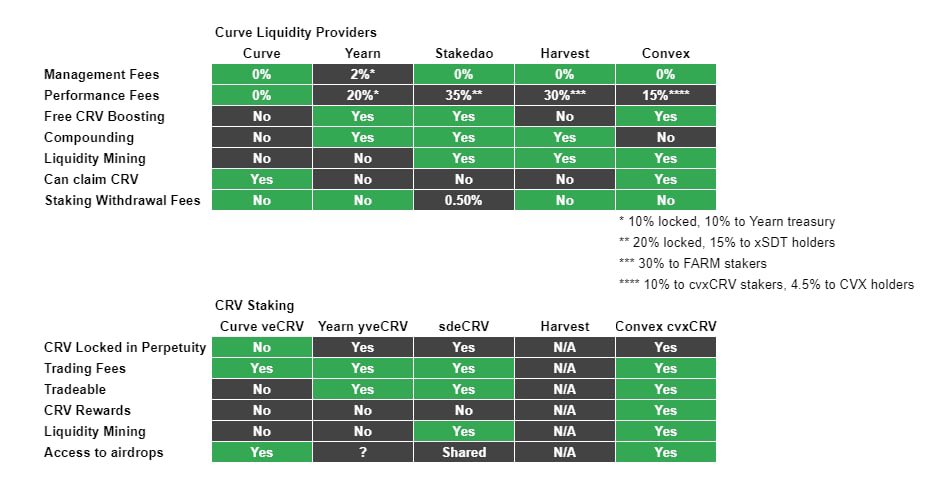 never seen so much voter turnout

The value from this could make CVX as huge as YFI