sCIP#12 - Adding a Metapool for BUSD, TUSD or PAX

There has been arguments that either/all BUSD, TUSD or PAX could benefit from metapools.

Right now gas is over 100 Gwei which has on and off been the norm for several months.
A swap in one of the old pools costs ~$35, a Metapool swaps costs ~$13 (at 20 Gwei, ~$7 vs ~$2.5). For those not familiar, as the older pools are lending pools, they are more expensive to interact with.
As a result those tokens could receive a great amount of small and medium swaps as a result of having good liquidity in a metapool.

We are proposing to test out a metapool on one of those coins to observe if it has a positive effect on volume and liquidity.

BUSD, TUSD and PAX are three medium-large cap stables and currently do not have a gas optimised solution on Curve. In order of volume, TUSD is by far the largest, followed by BUSD and PAX which tends to vary heavily. 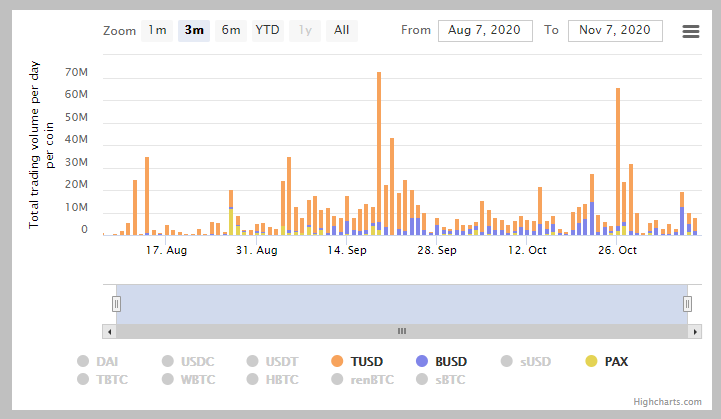 PAX has limited liquidity currently and would benefit from a metapool. More efficient for low liquidity pools. It’s in a weird place of low liquidity and also high fees for small trades.