With $2.6B TVL in our isolated lending markets, Abracadabra and MIM are pillars of the defi ecosystem.

Abracadabra uses variations of Kashi and Bentobox smart contracts, which have been audited multiple times and proved safe and battle-tested.

Since its inception, Abracadabra has been steadily supporting the Curve finance ecosystem, because of the shared values between our protocols. The synergies between Curve and Abracadabra have brought a large amount of volume to the Curve MIM pools across different networks, as well as values for the holders of both CRV and SPELL.

We believe it is time to make a step forward, and bring this partnership to the next level.

Abracadabra and Curve have had a symbiotic relationship, since the inception of MIM attracted significant value in form of TVL and daily trading volume to Curve.

Through heavily promoting the bribing system, it brought new utility to veCRV holders and demonstrated the true value of veCRV’s voting power.

Not only did Curve’s daily volume increase significantly since the launch of the MIM-3pool, but by identifying new trends and implementing specific cauldrons, Abracadabra was able to create and promote multiple pools across multiple chains, including the UST-MIM pool. This resulted in Abracadabra related Curve pools consistently bringing the highest daily volume to Curve, compared to any other protocol. magicCRV will align Abracadabra’s growth strategy with Curve and ignite deployment of new cauldrons which attract additional volume to Curve.

Abracadabra is constantly incentivising liquidity providers to bring balance to the MIM-3pool, and in doing so spending capital in exchange for non sticky liquidity. In the past months, we have been working towards acquiring a CRV position in order to be able to vote for our own gauge allocation and actively participate in Curve governance.

We have developed a system called magicCRV (mCRV). This cauldron is based on a lending market where users provide CRV as collateral for 0% interest fee, and in doing so they lock their CRV and delegate their voting power to Abracadabra.

New magicCRV cauldrons will focus on attracting CRV through preferential cauldron rates, which will act as a token sink for any CRV used in them.

Every time a user deposits CRV in our market, the token is locked for 4 years, and wrapped into mCRV. When a position needs to be closed users get back mCRV.

A mCRV <> CRV pool on Curve, will then allow the user to swap mCRV for their CRV tokens if they wish to do so.

At the same time, we are now able to use the voting power of those locked CRV to improve MIM peg on the main MIM-3Pool as well as the mCRV <> CRV pool, resulting in more volume and hence fees for CRV token holders.

This proposal is intended to whitelist the mCRV voter smart contracts and allow Abracadabra to take part in the gauge voting.

Curve DAO whitelisting of the following smart contract, in order to allow locking of CRV, voting and boosted rewards:

This part will be updated with the poll link once the vote is live.

Absolutely hyped for the possibilities that this opens, if anyone has questions, do not hesitate to reach out to me on Discord, Twitter and even here! I am more than happy to reply to any doubts!

I got my $SPELL tickets. I’m ready when you’re ready, you have my support and votes. 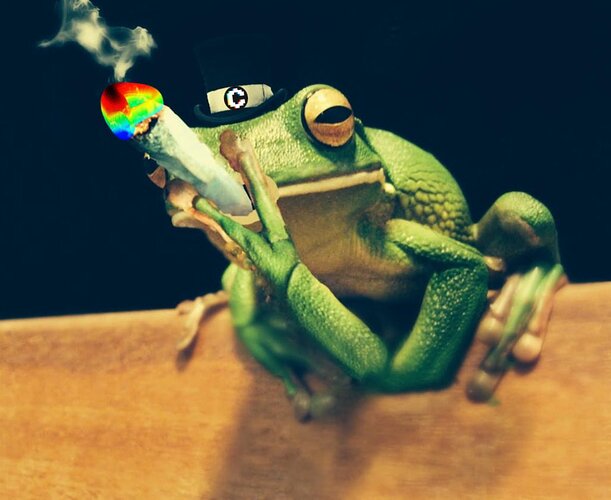 Every time a user deposits CRV in our market, the token is locked for 4 years, and wrapped into mCRV. When a position needs to be closed users get back mCRV.

Super excited for this proposal. Abra has been an incredible player in the Curve ecosystem since their inception and this proposal will benefit both greatly.

What happens to the $CRV after 4 years lock expires?

Is Abracadabra going to let the locks degrade over time?

If people exit their position for mCRV, does this means Abracadabra owns the $CRV from the first deposit?

Will each $CRV deposited on Abracadabra add to the locks time?

Or first deposit locks $CRV for 4 years, each additional $CRV is added to $CRV locks and, degrade over time?

To @MoonFrog and @Kim1

The CRV will be locked in perpetuity, as Convex is currently doing. The initial CRV batch will be locked for 4 years and the following CRVs will trigger the re-lock whenever they’re added.

There wont be any “unlock” as per say, if a user wants to get out of mCRV, he can swap back to CRV on the Curve pool, but he wont get the initial CRVs he deposited as they’re infinitely locked with Abra.

Once you’ve deposited CRV, you receive mCRV 1:1 and mCRV is what’s being used as collateral.

I think I replied to that but to be sure, it’s a perpetual lock à la Convex.

If people exit their position for mCRV, does this means Abracadabra owns the $CRV from the first deposit?

You could say that it “owns” them even tho effectively they are perpetually locked so the CRV asset in itself cannot be used/moved.

Hope that answers your concerns.

Edit : The model is extremely close to the cvxCRV model, the only difference being that Abra will direct the votes itself towards its own pools where Convex gave the voting power to vlCVX.

Curve team: Can whitelisted smart contracts be modified? Or do they have to be whitelisted again in their modified form?

Abra team: Can this smart contract be modified? Under what conditions/multisig?
(I’m not a dev… only the transfer ownership ability is obvious to me.)

Is abra going to be creating strategies that make use of mCRV to boost LPs? If not planning to, do you have any plan to delegate it (ie. Convex) or rent it out (ie. Warden marketplace)?

We had to redeploy the MagicCRV Curve Voter contract after some feedbacks. The new contract is able to take part not only in gauge voting, but also Dao Voting. Nothing else is changed in the proposal, apart from this contract.

The proposal will soon be updated to reflect this new deployment, and the on-chain vote will be posted soon after!

Besides the addition of the vote function, there is also a new execute function that allows arbitrary code execution. How is this related to the “reducing potential errors” with voting? Or does it serve a separate function?