Summary:
Proposal to add the arUSD/USDT/USDC pool to the Gauge controller to enable users to assign a gauge weight and mint CRV on Avalanche.

This proposal is aimed at adding arUSD/USDT/USDC to the gauge controller. This way, the overcollateralized stablecoin of Arable Protocol, arUSD, can play a more significant role on Curve and add value to its community through increased visibility of Curve’s new Avalanche product and increased trading volume.

Arable Proccol offers synthetic multi-chain trading and synthetic farming, a first in DeFi! Our objective is to make multi-chain farming accessible, affordable, and simple for everyone. Both seasoned and novice farmers can easily stake in yield farms from various chains thanks to a user interface that is straightforward but effective.

We are actively marketing Arable Protocol and engaging with our community through multiple avenues:

Arable Protocol is based around a synthetic ecosystem and its liquidity is created through the minting of the stable asset arUSD which is Arable’s native stablecoin which is pegged to the USD. Users can exchange between different LP tokens and synthetic cryptocurrencies using arUSD, and they can farm on synthetic yield farms that follow the APR of their native chain counterparts.

More information on arUSD is available at the following links:

The motivation to add a gauge on Curve is to increase the demand and establish an additional use for arUSD, which will be used by farmers and traders as a base currency to swap between different synthetic assets. This would positively impact Arable Protocol as its liquidity source. The current arUSD Curve pool is a result of a development proposal that the Arable community voted for. These are the key motivations to participate as a gauge, as we believe this would benefit the Curve community and the entire Arable community. 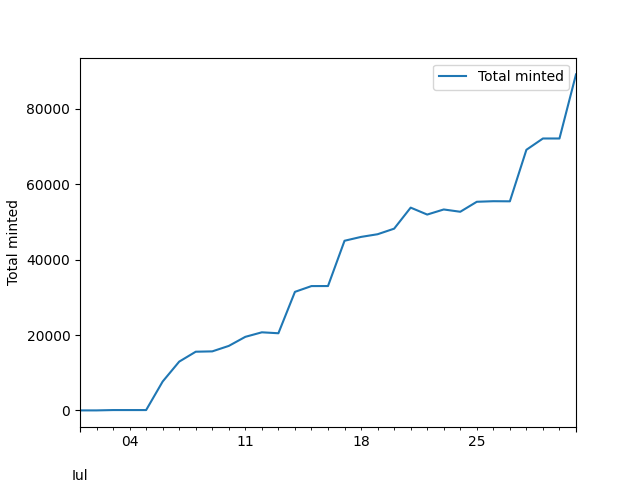 Historic volume: The pool has only been in operation for a short time, so there is no relevant historical volume available yet.

After a preliminary review of the Arable protocol we concluded that it is too early to propose a gauge for the following reasons:

"Synthetic Farming" not yet released

As per your documentation “Synthetic Farming” is still WIP and subject to change. Knowing how this will exactly work is crucial for a prudent risk assessment of your protocol and respectively the arUSD/USDT/USDC pool.

Currently, the only possible way of participating in governance is via a Discord channel. We would strongly advise establshing on-chain governance, especially considering that you are native on Avax where fees are relatively cheap. Should you not be ready for that, then please use snapshot at the very least.

Before applying for a gauge we would like to see some self sustained growth and TVL size over a longer period of time. A pool gauge should not be the only factor in the growth of a protocol.

We therefore suggest to update / bump your proposal once you think you’ve dealt with the points above before moving on to a vote.

Thank you for your insight! We will definitely take them into consideration.