Proposal to add agEUR/EURe on Ethereum to the Gauge Controller

This is a proposal to add agEUR-EURe (with A=500) on Ethereum to the Gauge Controller to enable users to assign gauge weight and mint CRV.

There are different mechanisms (also called modules) by which agEUR can be issued all having in common that agEUR must be released on the market in an over-collateralized way.

• In the Core module of the protocol, agEUR can be minted from USDC, DAI and FRAX at oracle value. The protocol insures itself against the $/€ change risk by issuing perpetual futures and by relying on the deposits of another type of agent incentivized by the strategies built by the protocol and by transaction fees. agEUR issued from this means represent the biggest share of the agEUR in circulation, and they are currently over-collateralized at 200%
• The protocol also has a borrowing module where agEUR can be borrowed against different assets (ETH, wBTC, wstETH) like on Maker. This module is deployed on different chains
• The protocol is also engaged in algorithmic market operations (also called direct deposit modules). It has for instance minted agEUR natively on Aave and on Euler. In these cases, agEUR enter in circulation when they are borrowed in an over-collateralized way on the corresponding protocol. Protocol also mints agEUR on the agEUR-EUROC Curve pool when this pool has more EUROC than agEUR (like what FRAX is doing)

agEUR has kept a super tight peg since its launch. It is involved in several other gauges on Curve as well (agEUR-EURs-EURt, agEUR-ibEUR, agEUR-EUROC-cEUR, agEUR-EUROC) which have historically yielded a pretty important volume.

The Monerium EURe is an overcollateralized, authorized, and regulated euro token. The EURe pioneers electronic money on blockchains. Monerium is the first company authorized to issue electronic money (e-money) as a token on blockchains. E-money is a form of digital cash and is redeemable on demand. Previously, fintechs such as PayPal, Revolut, and Wise have operated online and mobile services based on e-money licenses. The EURe is the first euro e-money token and can be held in any wallet or smart contract. The EURe is linked to SEPA and Monerium operates a gateway for direct transfers of euros between bank accounts and blockchain wallets, including user IBANs for blockchain wallets and smart contracts. Euros sent to the user IBAN are automatically minted as EURe; conversely EURe can be sent back to a bank account using the payee IBAN. The EURe is an accepted form of cash and The European Central Bank accounts for e-money issued by major financial institutions as “overnight deposits” and is therefore fungible (interchangeable at par) with bank deposits and physical cash. The EURe is compatible with MiCA. The EURe is currently available on Ethereum and Polygon. More chains will be supported in the near future.

Angle is an over-collateralized Euro stablecoin, meaning that to get 1 agEUR you usually need more than one in collateral. This creates a notable barrier for people who want to on-ramp to agEUR and the conversion from 1 EUR in cash to 1 agEUR is not obvious.

EURe as a centralized stablecoin does not face such issues. Moving 1 EUR from a bank account to a crypto wallet as EURe can be done as fast as in 30seconds.

An agEUR/EURe pool would get the volume of people on-ramping and off-ramping to/from agEUR using EURe technology. At the same time, agEUR has a deep liquidity with many other USD stablecoins, and as such it would help arbitrageurs maintain the peg of EURe with respect to other non-Euro assets on-chain.

EURe is a pretty new asset in DeFi with less integrations that what is currently supported with agEUR. A deep agEUR-EURe Curve pool would help provide all EURe (and hence all EUR holders) the opportunities which have already been developed around agEUR (Aave, Euler, …)

This pool, if big enough, could also be plugged to Angle AMO technology like what is done on the agEUR-EUROC pool. In this case, this pool would become a de facto price stability module of agEUR, and fees would be accruing to veCRV holders each time someone enters or exits the protocol.

Angle: Angle governance is explained in details in this page of our docs. The Angle protocol is controlled by veANGLE holders which have the power to vote on Angle Improvement proposals. Votes are implemented on-chain by a 4/6 multisig composed of the following signers: Pablo Veyrat, Guillaume Nervo, Picodes (all 3 from Angle Core Team) @SebVentures (from Maker), Julien Bouteloup and 0xMaki. Monerium: Monerium is a centralised and regulated e-money issuer.

Angle: The protocol uses Chainlink oracles (and in some cases Uniswap TWAPs in parallel to these feeds to make sure oracle are non manipulable) Monerium: EURe are issued on a 1:1 basis with the safeguarded customers’ EUR, with a 2% capital contribution from Monerium’s reserves. Therefore Monerium doesn’t rely on external oracles for the peg. EURe is legally recognised as EUR.

Angle: Angle Protocol was audited 4 different times. Audit reports can be found here. The protocol was also reviewed by independent contributors like DeFiSafety, or Curve funded contributors. Monerium: As stipulated by the e-money license, all business processes, application development, and safeguarding operations are audited periodically. Additionally, e-money institutions, are subject to quarterly financial reporting. The development process follows well known security practices, such as OWASP and all smart contracts have been tested for bugs and vulnerabilities using industry standard static analysis tools.

Angle: The protocol runs on decentralized systems, it relies on competitive liqudiations, and vote-based governance. There’s no single person or dev with admin controls over the protocol. And as disclosed in question 1., the treasury and some part of the protocol are secured by a multisig of doxxed team members.

Monerium: Monerium is a centralised issuer of regulated money.

Angle: agEUR has remained stable since its launch, despite adverse market conditions. agEUR has held Curve pools for several months, for most of which it has provided a considerable share of volume on Ethereum and Polygon. During the week of the UST crash, it even helped EURs keep its peg while there was some lag in the redemption process. Same happened with ibEUR. It kept its stability as well during last week market turmoil.

Monerium: EURe is legally recognised as EUR and is redeemable on demand by law. Since Monerium is only allowed to safeguard customer funds, they’re readily available for redemption, maintaining the peg.

Angle is definitely a fren protocol, and has the nod and support from the CryptoRisks team! Monerium needs more scrutiny, I think: primarily because it is a custodial solution.

I think for Monerium we’re going to need something similar to an audit or a proof of reserves. How can one ascertain that they’re a responsible custodian?

I can’t speak for them, but as far as I know they’re the only stablecoin provider with a e-money license in Europe. Does not imply anything regarding proof of reserves, but at least that’s a sign that they have an efficient compliance

Hey bout3fiddy, do you have an example from another stablecoin provider, maybe from Circle or Tether on what kind of document you would be looking for? 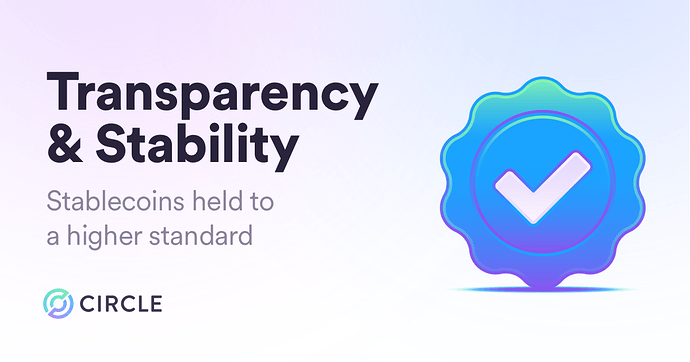 , Gísli here from Monerium. Couple of points to address the questions raised:

In our minds, e-money and EURe is the safest form of digital cash

We live and breath crypto and we stand and fall with the success of DeFi. Therefore, we’re also initiating the following steps:

Let me know if you have further questions

(meant to respond to you but responded to knows instead):

Audited by EY has little meaning unfortunately. EY has a track record of basically committing fraud.

E.G. EY did the audit for Wirecard.