It’s time for Curve to add a new pool that includes HUSD, the 7th stablecoin (in terms of marketcap) in the world, as well as the 6 th centralized stablecoin. 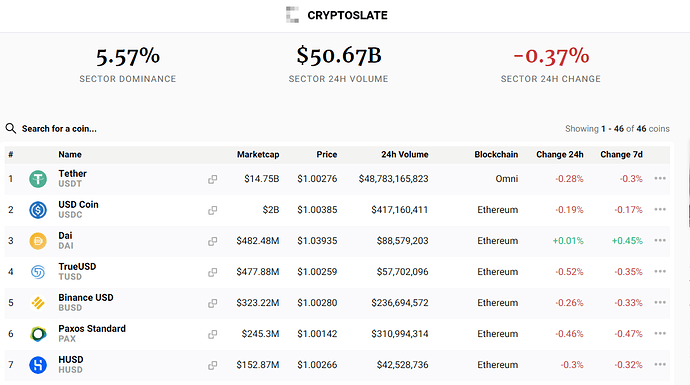 A pool can be built as: DAI, hUSD, USDC, USDT
The Gauge Weight can be decided by voting afterwards 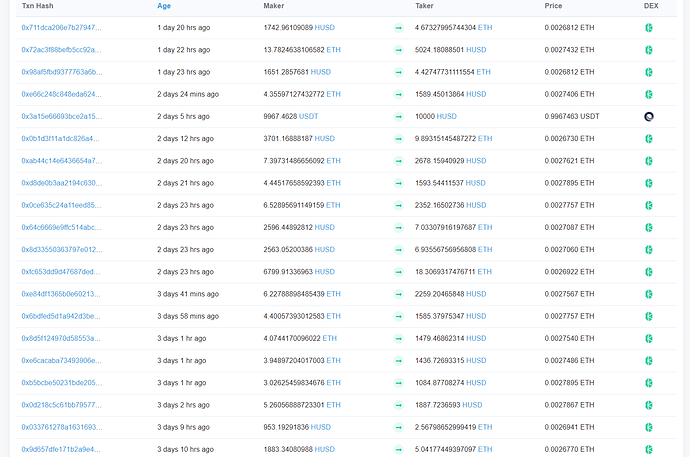 Through on chain activities monitoring, the fact is the demand of HUSD on chain trading is increasing since last week (most of them are relatively large transactions). Curve can provide much better services and it will attract HUSD traders to join Curve ecosystem as well.

HUSD can be regarded as an on/off ramp channel for users. I have opened an account and tried their product, a 24/7 service is better than some other stablecoins.

HUSD intro:
HUSD is a USD-backed stablecoin issued by Stable Universal and pegged 1:1 to the U.S. dollar. Since launch in July of 2019, a growing number of applications in cryptocurrency trading, digital payments and DeFi has supported HUSD, and HUSD will continue to explore new opportunities to expand applications. The HUSD team is dedicated to providing safe, stable and convenient services to our users.

Voting pool to be set

Hi, thanks for the proposal.

I’ve moved this from a proposal to a discussion as Curve is currently moving to a base/meta pool system meaning lower liquidity coins like HUSD/GUSD and others previously mentioned will be added as metapool that can trade with base pools like the newly added TriPool.

Please help me interpret this view of the HBTC pool, which recently launched.

image1107×331 23.4 KB
What does “Vol: $0” mean?
Assuming it means zero volume at a time when the other two BTC pools traded in $3.8 million and $780k, it really calls into question why this pool exists.
I also wonder why pool participants should be so richly compensated with CRV for not doing any trades.

Clearly, it’s hard to defend creating the HBTC pool as a good decision.

Why should the HUSD pool be any different?
Why is there going to be volume in this pool when there’s none in the HBTC pool?
Why wouldn’t HUSD users just do their trading on Huobi?

I think the ONLY way this proposal makes sense would be if Huobi were to create a significant incentive for the pool.
Even then, I’d rather not see CRVs leaking into a pool that has no volume.

There had not been a transaction in over 24 hours:
https://www.curve.fi/events/hbtc/Exchange

On the one hand, it’s a new pool, less than a week old. Maybe there’s an argument to give a pool time to gain traction. I don’t personally understand why hbtc has its own pool, though. There doesnt seem to be any demand.

I agree that pools doing very little volume should not be compensated with so much CRV, and I have a discussion on that subject I’ll be posting on the forum in the next few days.

I don’t quite understand why people think having more liquidity, more trading fees (in spite of no trades yesterday, it’s already done several millions in volume) is a bad thing? 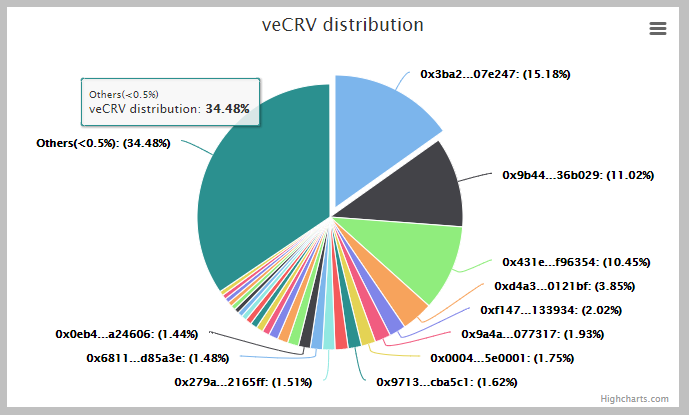 HI Jon, I don’t see there is relationship between HBTC and HUSD.
Ok,one thing, they are titiled with “H”.

We can discuss about the need of U.S. dollar stablecoin and etherum BTC asset, that’s quite different.

Here is my observation: 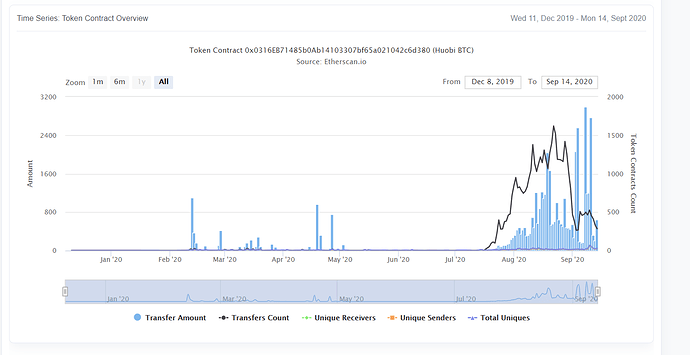 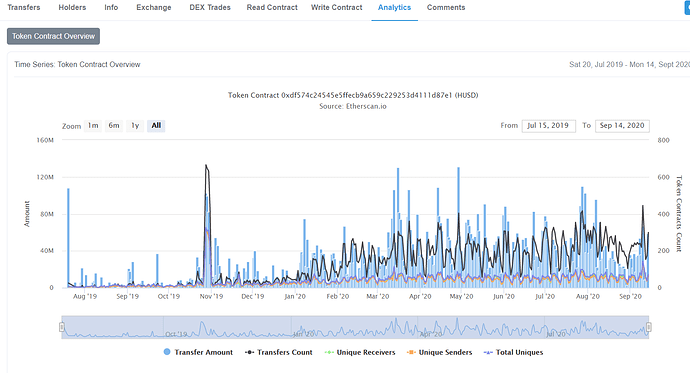 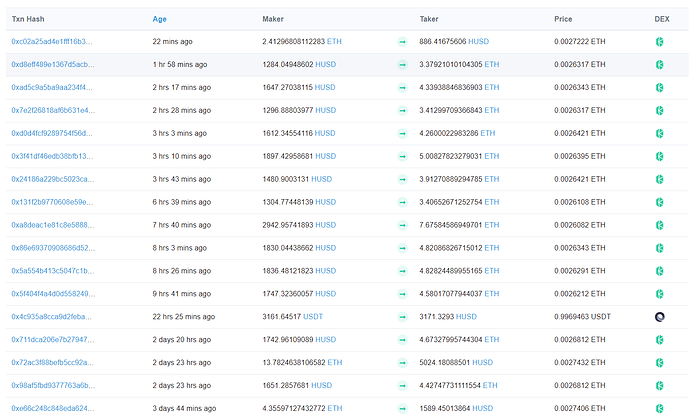 Basically from trading perspective, there are more needs to trade HUSD.

Why should the HUSD pool be any different? - different users，different traders , different community that’s so called diversify.

Why is there going to be volume in this pool when there’s none in the HBTC pool? - You can see the needs of trading HUSD is increasing on Kyber Network. Even the Slippage is relatively high, people do want to trade HUSD.

Why wouldn’t HUSD users just do their trading on Huobi? - The fact is people do trade HUSD on Kyber and Tokenlon, the need has been tested. And I am sure Curve will provide much better stablecoin trading services and experiences for traders, so they will come to curve.

Actually we are talking about HUSD not HBTC, we shall not mix them together.

I understand the concern about lack of needs to trade HUSD.

Facts speak for themselves

Let’s take a project with liquidity mining as an example. (I don’t want to mention the name, in case of any conflict of interest )

So the fact is we do see HUSD holders are trading and staking HUSD to earn token.As of now, the locked volume is very similiar to USDC.

So that’s what I see:

That’s my logic, You are welcome to comment and discuss.

Let’s go back to the night, when Michael started writing “StableSwap - efficient mechanism for Stablecoin liquidity”. Most of people would say, why people want to trade stablecoins?

Let’s go back to the day, when Satoshi published bitcoin whitepaper. Most of people didn’t care, or regard it as a joke. Even now, in year of 2020, most people in the world still think: WHO IS GONNA TO USE BITCOIN? BITCOIN IS WORTHLESS. 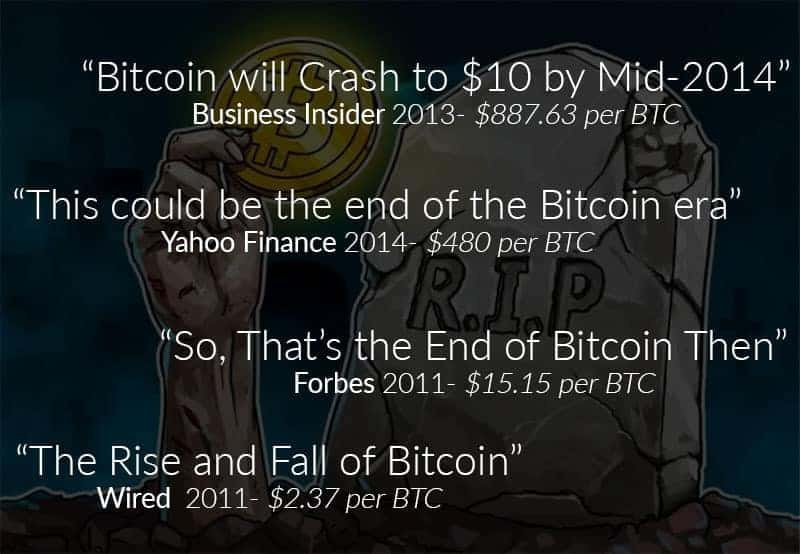 We should never forget:Rome was not built in a day.

We should know no matter bitcoin and stablecoin, are still minorities in the world financial market.

We should know even in the beginning of Cruve, Bitcoin, etherum…and many brilliant project, few people supported , few people used. But it doesn’t matter, the gold always shines wherever it is. 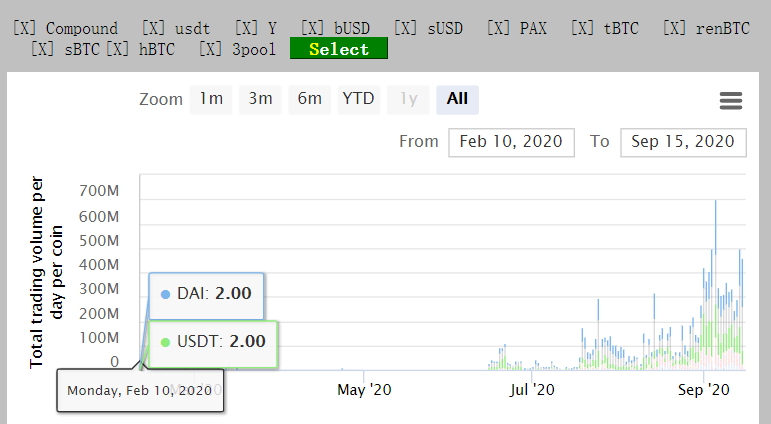 There are some people who are truely trading, holding, using HUSD.

There are some people who truely deposit U.S. dollar into the banks to mint HUSD.

There are some poeple who are supporting HUSD.

This is the truth, or HUSD can’t be the 7th stablecoin in the world.

The problem is some of you don’t know or familiar with them, but many of them, I believe do want to trade on Curve. Sooner or later, that’s what HUSD could bring to Curve. 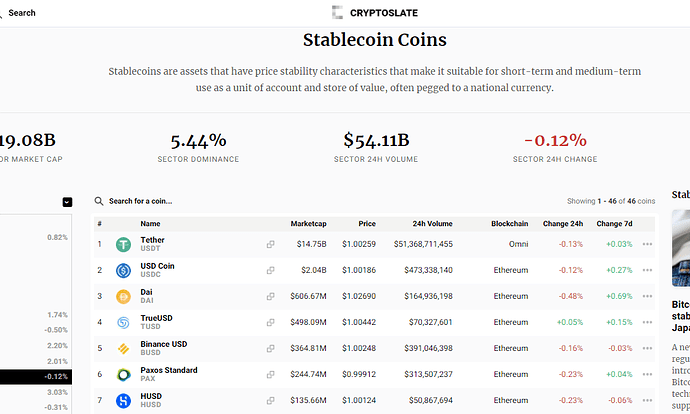 Different poeple have their own goals and needs, the thing is most of us tend to regard the unfamiliar as ridiculous, irrational and threatening.

But how about let’s just sit down and consider this topic objectively.

Ok to me.
Sounds like just another stablecoin handled by Paxos (like BUSD).
Low volume and low amount of unique holders (2000) but increasing slowly.

Yes, for me , HUSD has relatively low on-chain transactions for now, but with big potentials in future.

According to the lastest Nest oracle weekly report, the oracle popularity ranking of HUSD is on 7th.

So we see the growing demand of onchain price of HUSD, especially in Asia Pacific region. So I don’t think the demand will be a big problem for HUSD, at least the trading volume can’t be 0.